BARTRASH at Genesis Cinema is a new weekly screening event that brings back to the big screen films that are rarely revived and more often derided as being, well, trash… But we (really…) love these movies and I want to explain why. Our summer-long season of sci-fi, horror and biker-chick films draws from the long history of American exploitation cinema and the increasingly wild array of modern distribution houses that are now lavishly restoring and re-releasing these forgotten titles on Blu-ray.

‘Exploitation cinema’ is a phrase that often causes concern: who exactly is being exploited? The answer is nearly always ‘the audience’ or, more precisely, our cash and curiosity. The movie business is, after all, just a business, and many of the films in our season were designed to make money above all else (even if they found curious ways of doing it…). As Sam Katzman, the legendary producer of our opening film CREATURE WITH THE ATOM BRAIN, once told Variety:

“A picture that makes money is a good picture – whether it is artistically good or bad.”

Exploitation cinema swarmed across America in several waves. In his book BOLD! DARING! SHOCKING! TRUE! A History of Exploitation Films, 1919-1959, Eric Schaefer defines 5 curious features of the ‘classical exploitation films’ from this period. Focussed on a ‘forbidden topic’, exploitation films were made quickly, distributed independently, exhibited in non-affiliated cinemas, and shown from a very limited number of prints. Those ‘forbidden topics’ included “sex hygiene, drug, nudist, vice and burlesque films”, to name just a few of the most juicy sub-genres. Promoted with salacious titles and breathless hype, Schaefer describes how exploitation films were also characterised by highly theatrical forms of exhibition wherein “a kind of carnivalesque ballyhoo became integral to their success”. Wildly popular – with some titles touring the circuit for decades – such ill-discipline would ultimately fall foul of an embarrassed (or jealous?) mainstream film industry that self-censored ‘classical exploitation’ out of existence. 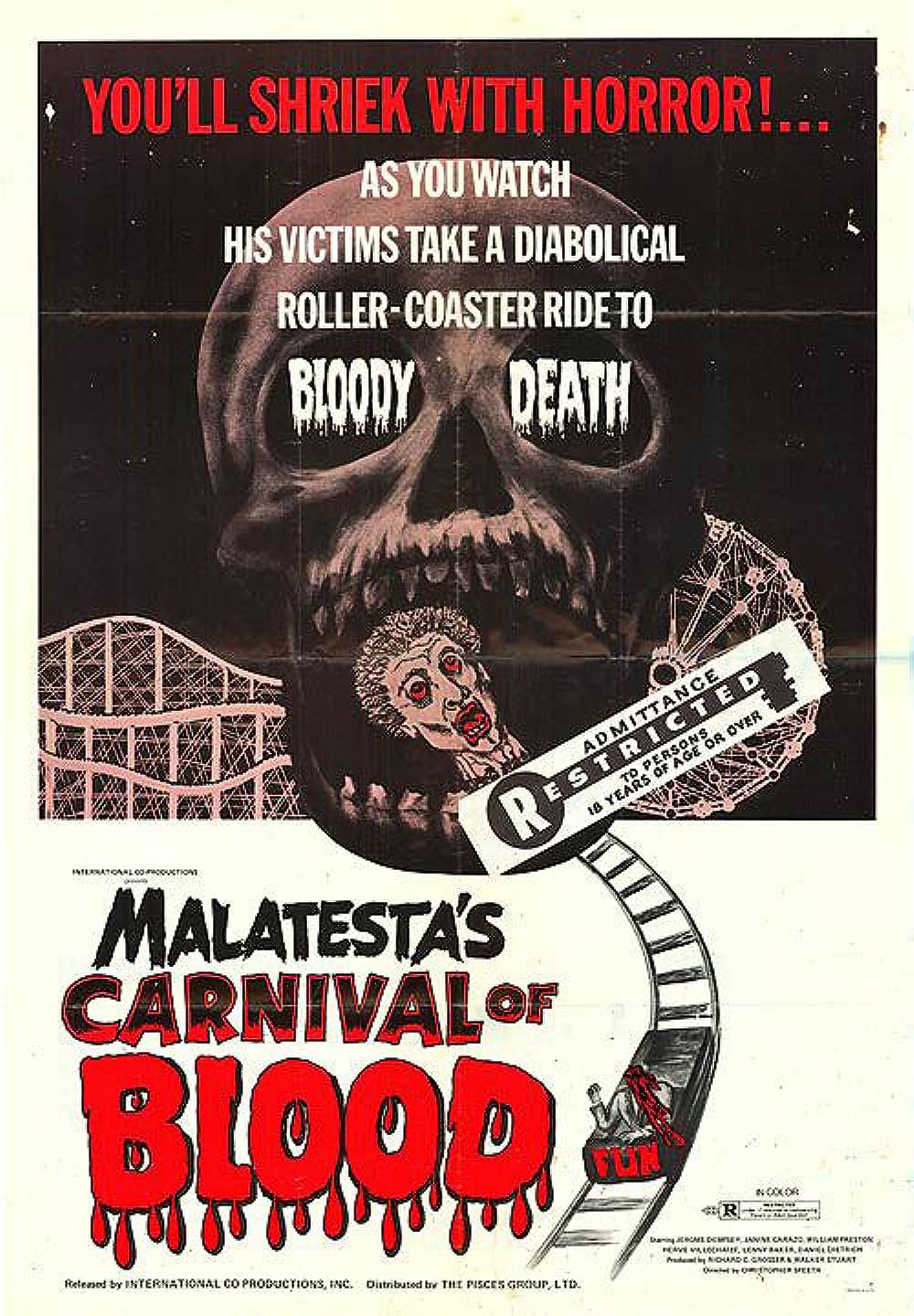 Over time, the definition of an exploitation film would “gradually expanded to include almost any low-budget movie with a topical bent”, and would be marketed to a teenage rather than adult audience (Schaefer). Keen to muscle in on this commercial action, the big film studios established their own B-unit production houses, padding out their prestige programmes with lower-rent titles. Indeed, this is where Sam Katzman made his backers millions, producing hundreds of films for studios like Columbia. As Laura Drazin Boyes explains in her liner essay Sam Katzman: The Sultan Of Schlock for Arrow Video, these films were the ‘fast fashion’ of their day:

“[Katzman’s] magic formula was to take whatever was the dominant fad at the time – serials, westerns, sword and sandal epics, juvenile delinquent scare pictures, war movies, rock and roll music, dance crazes, or perhaps most memorably, monster movies – and crank out a picture for under $100,000 on a six-day shooting schedule.”

Of course, most independent filmmakers outside of the studio-backed system could only dream of these kind of schedules and budgets… But this model wasn’t to last either. As Stephen Thrower explains in Nightmare USA: The Untold Story of the Exploitation Independents, the next great wave of exploitation movies emerged after the collapse of the studio system, filling urban grindhouses and rural drive-ins with low-budget titles from the 1970s to the mid 1980s (when video would take over). In a 2019 interview with Dangerous Minds, Thrower said:

“The great thing about these low budget independent films of the 1970s and 1980s is that the people who made them were not media-savvy industry insiders with a massive amount of experience, they were out there on their own, often miles away from the commercial hubs of the industry, coming up with their own bespoke solutions to the problems and challenges of filmmaking.”

What shines through these different waves of exploitation films is their curious, delirious or even dream-like, aesthetic, a consequence of their meagre means of production. Thrower again:

“Through a combination of eccentricity, auteur inspiration and wild guesswork, these films… achieve a strangeness and variety and imaginativeness to which Hollywood films rarely aspire.”

Not all of the films we’re showing in BAR TRASH come from this exact lineage but they all share a common DNA as defined in the seminal RE:Search publication Incredibly Strange Films (the core manifesto for our season and inspiration for our ‘curious films’ strapline):

“Disdained by the would-be dictators of public opinion [these works are] sources of pure enjoyment and delight, despite improbable plots, ‘bad’ acting, or ragged film technique.”

If you’ve lost interest in mainstream cinema, feel trapped in the echo chamber of ‘good taste’, or simply want to see a curious film with fine company (for just £1), I’ll leave you with this rallying cry from V. Vale and Andrea Juno, the editors of Incredibly Strange Films:

“In the world of low-budget filmmaking, it is still possible for the imagination to reign supreme”.

From CREATURE WITH THE ATOM BRAIN, to MALATESTA’S CARNIVAL OF BLOOD, and THE ALIEN FACTOR, we promise you a curious summer you won’t ever forget… Explore the full BAR TRASH season here.

All About Eve and Obsession

Back to the Cinema: Inspire Festival Audience Testimonies