Blood, BDSM gone wrong, an irrepressible alien invasion — nothing obviously hopeful here. These are the themes of Little Shop of Horrors, the story about an ordinary guy and a plant from outer space that eats human flesh. The description of the plant in the original script would make any mortal human lose all hope: “An anthropomorphic cross between a Venus flytrap and an avocado. It has a huge, nasty-looking pod which gains a shark-like aspect when open and snapping at food.” Weird at best, terrifying at worst, this bloodthirsty plant gives me hope. I can’t help that. It’s a freak of nature, this cursed bush, this musical, this film. And it touches those of us who run Fringe! Film Queer & Arts Fest. It might sound mad, but we’re presenting a screening of the film from 1986 alongside a company of drag artists performing its best numbers. As a collective of queer film and arts programmers, we find a cosmological heft of queer power in Little Shop of Horrors. Let me explain why.

There is something magic in this musical. It became a hit off-Broadway in 1982, then an expensive film in 1986, then a VHS cult classic, and it seems today that at any given moment there is always a stage production underway somewhere in the world. I doubt even a pandemic could stop the unholy avocado. The magic of this bloodthirsty plant and the more earthly characters is that together they tell a story filled with hope. This is not just a glossy narrative that “it gets better” fed to LGBTQ+ people by some writers, activists and filmmakers. That would make Little Shop a gay classic. But I want to say it is a queer classic, where queer signifies a commitment to a more radical subversion of how society expects us to be. 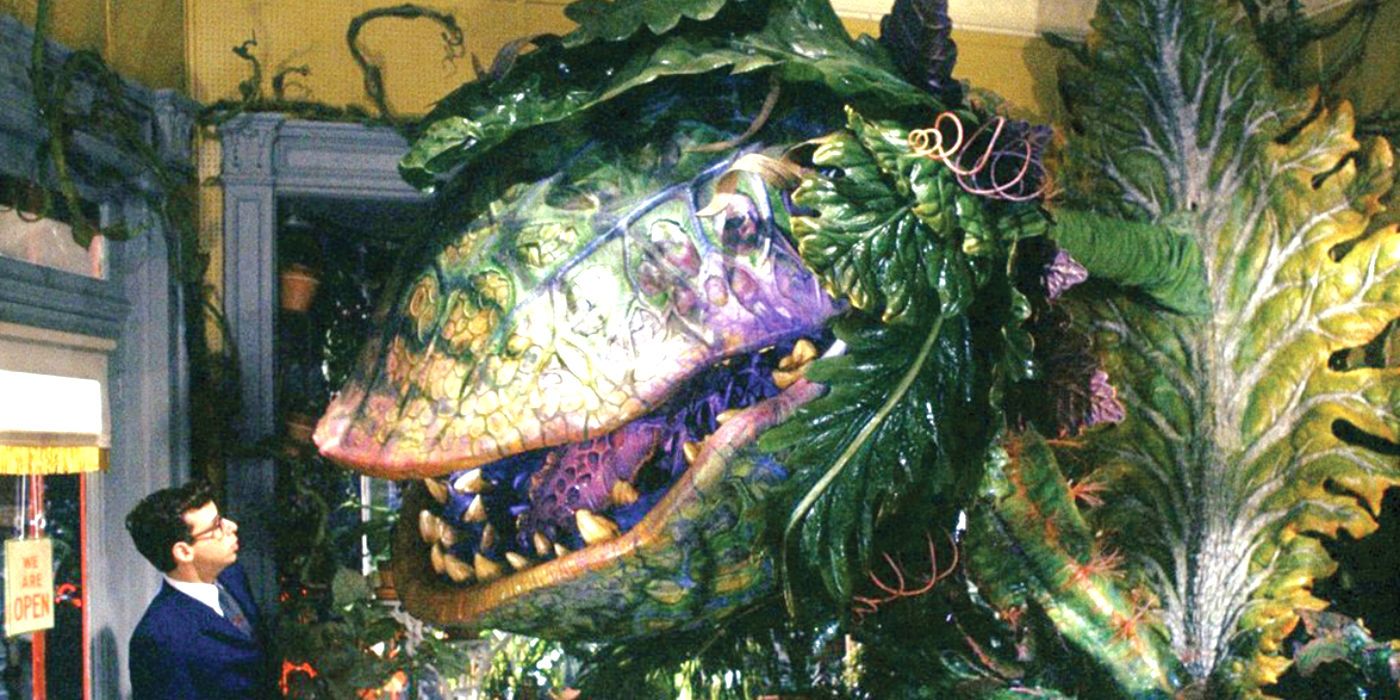 We have to start with the roots (of course). The themes of Little Shop come from the writing and the writer, Howard Ashman, who grew up in Baltimore as the son of an ice-cream cone maker. As a little gay boy in a blue-collar neighbourhood, Ashman was drawn to writing about ordinary people. His first musical was God Bless You, Mr Rosewater, about a guy who has no particular skills, no desire to be famous or important, he just loves being a volunteer firefighter. The same lyricist who wrote words for Rosewater painted Audrey in Little Shop as someone who just wants to live “somewhere that’s green”. He also penned songs for an undersea princess who wanted to be ordinary, in Disney’s The Little Mermaid. Even when we’re fin-tastic, we want to be seen for who we know we really are.

In Little Shop, Seymour works as a dowdy florist in a slum and Audrey is trapped in an abusive relationship with a toxic dentist. They may be unwitting queer heroes, but they are exactly this because they subvert their ordinary lives. The arrival of an alien plant, which Seymour names Audrey II, gives him and the original Audrey the chance to escape their circumstances… it just happens that this escape requires them to feed human flesh to the beast. But that’s the magic of the movies — in watching this one, as a queer person, you get the pleasure of a horrible, chomping death being visited upon a toxic straight dude and a mean capitalist boss. If you have these people in your life, I wouldn’t suggest shoveling them into the mouth of a giant sentient shrub. But if you’ve felt beaten down by these types and what they stand for, you can find hope in seeing that happen on screen. 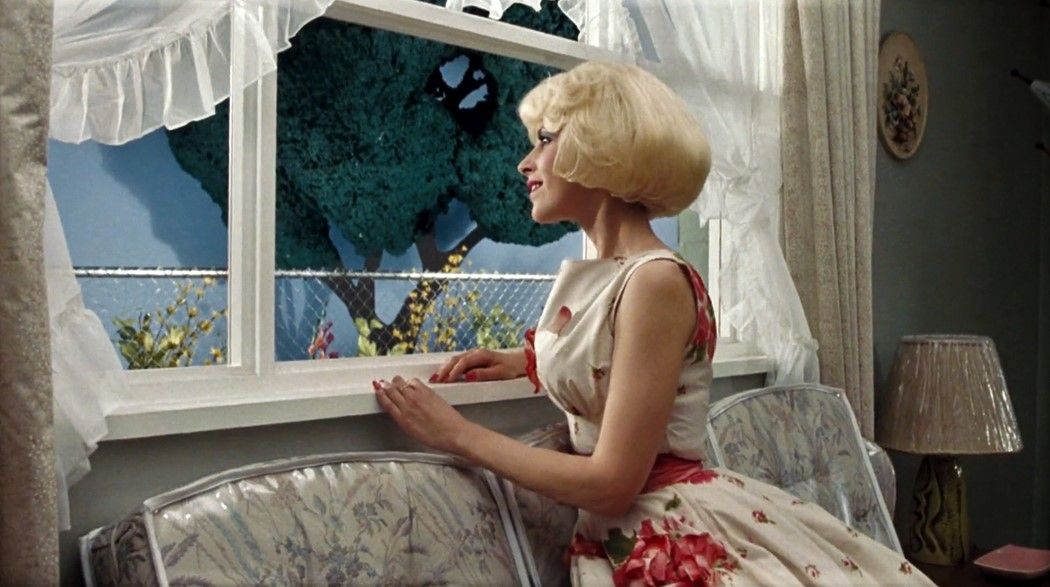 You might look at Little Shop and think, Everyone’s straight and cis-gendered, what’s queer here? Look deeper and you’ll see what I see. You’ll see the potential to ‘read’ the characters’ identities in all sorts of ways. I don’t mean that I think Seymour is secretly bisexual. I mean he could be played as bisexual, or pansexual, or what have you — because fundamentally the story is about his power to see the beauty in someone else. Even when the world sees Audrey as a dumb blonde, Seymour sees her power, her soul. This is the queer project, in my opinion: stripping away our projections and our labels, and freeing our potential. Seymour sings: “here, take my Kleenex, wipe that lipstick away, show me your face, clean as the mornin’”. This is how he sees the “girl that’s inside” Audrey. This song was made only more powerful when Mj Rodriguez, a trans woman of colour, sang the role of Audrey alongside George Salazar playing Seymour. Mj’s and George’s voices sit in registers that subvert the norm, hers lower and his higher — a queering of expectation, a crescendo of power, a layering of story and feeling. I can’t watch their performance without collapsing into a powerless puddle. Audrey II would slurp me up as an apéritif. Also, and in fact, not all the characters are straight and cis-gendered. Audrey II is a genderfree alien asexual who self-reproduces like a pineapple, but it also has omnisexual appetites hinted at in its sex-god-like soul vocal performance. A mean green mother from outer space, as the song goes. A hero(ine) for our times.

The film is also, actually, intentionally hopeful. I mean that the makers made it so. In the original stage musical, everyone is eaten by Audrey II. So Frank Oz filmed this ending for the movie too, but test audiences hated it. Oz said: “For every musical number, there was applause, they loved it. It was just fantastic, until Rick and Ellen [playing Seymour and Audrey] died and then the theatre became a refrigerator, an ice box... It was a complete disaster.”

What Oz and his producers realised was that in a stage play when the leads die, the actors emerge at the end for a bow and applause. But in a movie, we never see them again, they’re dead forever. So Oz made a final cut of the movie with another ending, where Audrey and Seymour finally do make it out of Skid Row, to their cute little dream house “somewhere that’s green”. There is even another ending of the film, in which Audrey II rampages across the world and even takes over the Statue of Liberty. Online, fans swap clips of these endings and stories of how they make them feel. All these potential stories, these fronds of feelings, the fact that you can’t say exactly what is the truth of Little Shop of Horrors… ain’t that human, ain’t that queer. 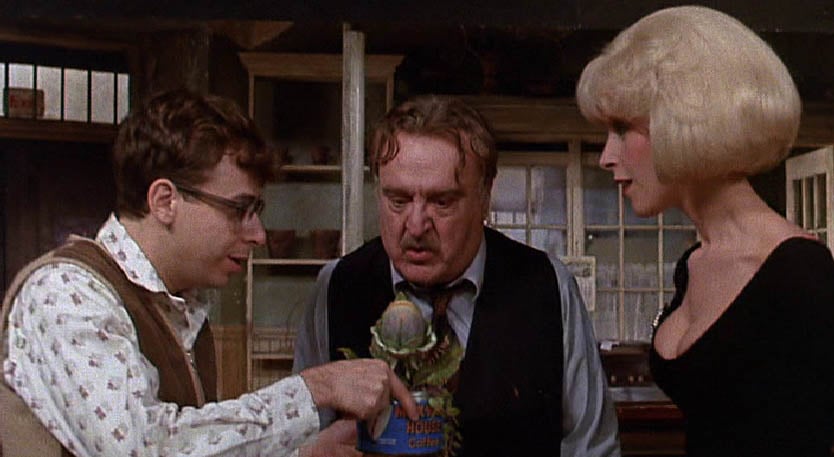 I think this is why I’m thrilled to be part of the team screening the film on August 4th at Colours Hoxton. We’ll bring people together in a room, with a screen and live drag performers, to experience this verdant flowering mess in solidarity. There is something magic about getting together in the dark — communing to laugh and scream and sing and cry. Even in the face of a terror that feels unstoppable, together for an evening we can feel the power of hope.

Little Shop of Horrors - A Queer Reading is taking place on 4th August at Colours Hoxton. Find out more here.

Adam Zmith (he/him) is a writer, podcaster, and literature programmer for Fringe! Queer Film & Arts Fest. He is on Twitter @AdamZmith.

Back to the Cinema: Inspire Festival Audience Testimonies

The Best Irish Films You Missed On The Big Screen