The Curious Camp Allure of Death Becomes Her

Ahead of Live Cinema UK and Make A Scene Film Club's Way-Too-Interactive screening of Death Becomes Her, Gary Williams, founder of Make A Scene, tells us all about the film's camp allure and its adoption by gay audiences.

When I was nine I remember being taken to a party my parents were attending and being put in a bedroom for the kids who weren’t old enough to be with the grown-ups and too young to be left home alone. At the end of the bed was a little TV and a rented VHS. It called out to me with a curious allure: two glamorous women in evening gowns and a man in a tux. One had a hole in her stomach with the man’s hand holding a candelabra through it and the other woman, well, her head was on backwards.

I don’t think I’ve ever been so excited to put a film on in my life.

A gothic slapstick comedy about two frenemy Hollywood socialites (actress Madeline Ashton and writer Helen Sharp played by Meryl Street and Goldie Hawn) fighting to stay young and win the heart of plastic surgeon Ernest Menville (Bruce Willis) until one day they go too far, mistreat the potion of eternal youth and end up dead but alive - walking around as exquisite corpses. I sat in wonder, an inch away from the screen, as this cartoonish, bitchy, twisted spectacle flickered in front of me. Then other boys came in. They ridiculed it, talked through it, tried to get me to switch it off. They thought it was silly, they thought it was for girls. I felt very alone, different and weirdly ashamed. All of my strong memories of childhood are about being ashamed. I’m a gay man who grew up under section 28 so this isn’t surprising. What’s curious about Death Becomes Her is that the film is still under-appreciated by the sort of boys who laughed at it in that bedroom many years ago. 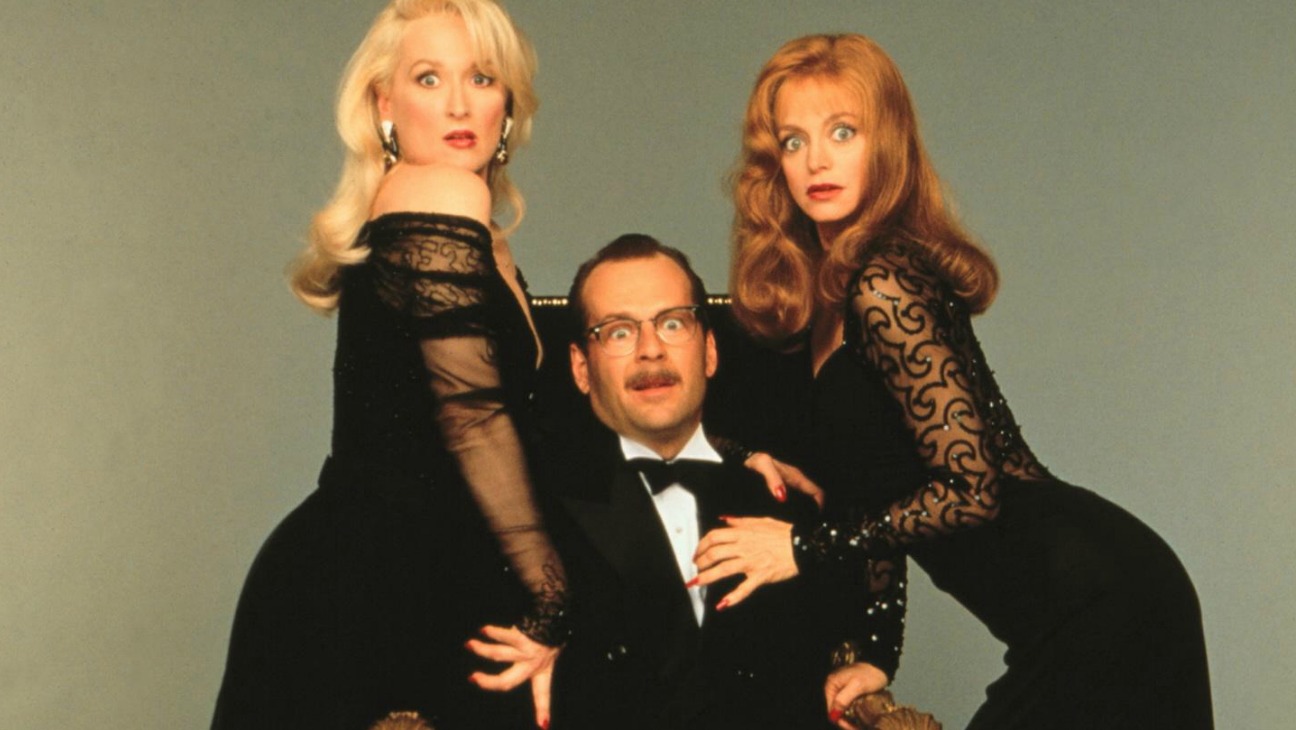 It never appears on those gate-kept lists of Best Comedies, Special Effects films or great films about Hollywood. The director Robert Zemeckis, of Forrest Gump and Back to the Future fame, never mentions it alongside these more respected titles and it is often skimmed over in any retrospectives of his work like an ugly child. What’s even more curious is that it only seems to be revered by a small minority group - It is adored by queer audiences. Because I actually wasn’t alone. There were lot of queer kids like me who had a similar story. On Peaches Christ’s Midnight Mass podcast drag queen Jinkx Monsoon tells literally the same one about this alluring VHS drawing them in as a child. In my 20s I watched this film with other queer after parties along with Showgirls and Pink Flamingos. I found a tribe of people who loved it and knew every line from it. I heard it quoted on RuPaul’s Drag Race. This ugly kid had been adopted by a community. I can’t get deep into why gay men especially anoint certain films as “camp classics”. I am not Susan Sontag. But I do know that when we know we know. It’s like gaydar or knowing when to double hand clap in a disco song. It’s just something in our DNA. A shared sensibility? A shared sense of humour, perhaps?

Often these films feature subversive women or, less often, effeminate men, drag queens or trans women. Mad and Hel are in a long line of funny, messy women that we love who have upended men’s idealised version of femininity – like the drunken Eddie and Patsy of Ab Fab. Death Becomes Her takes the “messy woman” to 11 with much of the comedy coming from the sight of these women’s desirable bodies falling apart as the film progresses, turning into a Tex Avery body horror hagsploitation movie by the end. Whatever Happened To Baby Jane with broken necks. 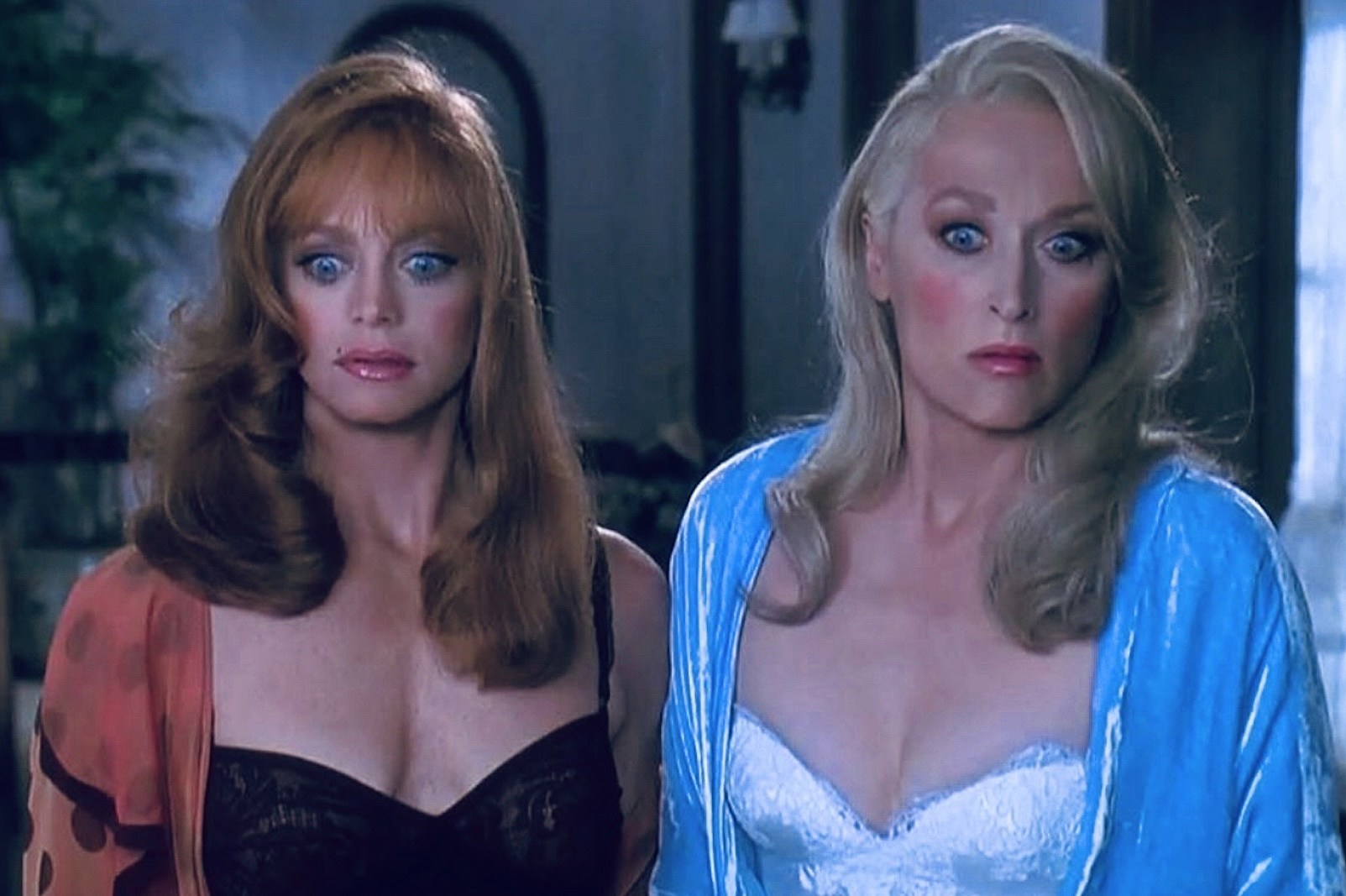 A film inducted into the camp canon doesn’t have to be perfect or even good but they, like Death Becomes Her, often are. Even if the film is trashy or poor it has to be trying something new (and maybe failing at it!), it will have some levels of irony in it, it will often reference and play with film genre, pop culture or entertainment history in the way Death Becomes Her does with the infamous Hollywood feud of Joan Crawford and Bette Davis. These films will have something that says to us “we get you”. They’ll flatter our intelligence, winking “we know you’ll understand this”. This film, like a lot of our camp favourites, has a lot to say on topics that straight, cis men don’t want to listen to – on beauty, sex and death, on the world they have created and how others have to deal with it.

In its final act, the film’s ultimate message is revealed: how superfluous straight men and heterosexual love is. Madeline and Helen realise they could have been friends all along (like Baby Jane and Blanche). These queered monstresses, now stuck together with Polyfilla and eyeliner, have each other and they didn’t need to contort their bodies with surgery and potions over Ernest or any other man. It’s interesting to hear that Bruce Willis wanted the film renamed from “Death Becomes Her” to “My Man Death”, pushing femininity out of the title. Audiences were already claiming this film for themselves when Ernest’s happy ending and scenes where he tells his side of the story to confidante barmaid Tracey Ullman were cut out of the film after they tested badly. To quote the Mad and Hel’s heckle over Ernest’s eulogy “BLA BLA BLA, Bruce”, this isn’t about you or the usual cis straight male voice being front and centre. This film, like a lot of films queer audiences adopt, celebrates an alternative voice, a different point of view and it does it unapologetically. 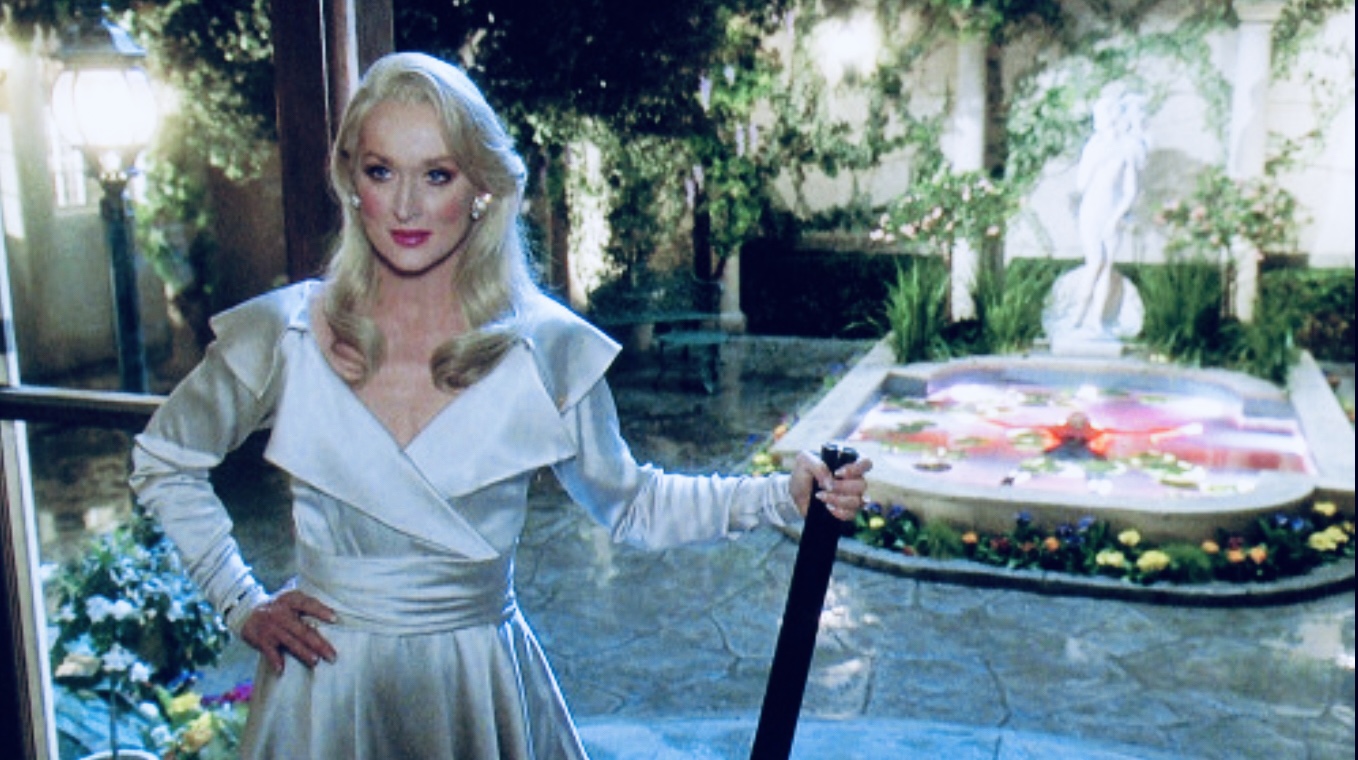 As soon as I created Make A Scene, I knew the perfect way to watch Death Becomes Her was in a room full of queers and allies who knew every word. Make A Scene’s mission is to bring together those who love these queer and camp films and let them go wild. Our screenings encourage dressing up, shouting out, quoting lines, we talk over the film with drag queen hostesses, in the long tradition of midnight screenings or watching these films with friends. We also look to introduce the films to younger audiences who may have never seen them before, in the way that I was recommended more movies like this by older queers from a previous generation who loved Judy Garland, Mommie Dearest and Cabaret. We treat these older films (by the way films from the 90s are now classed as older film!) the same as the more recent queer films and TV shows younger audiences may already be interested in. We screen newer films in-between the classic films in our seasons and often pair in double bills. On our socials, YouTube channel, website and up-coming podcast we enthuse about all queer and camp film and TV - promoting new things, crate digging older stuff.

These channels widen accessibility so audiences of all ages and backgrounds can dip their toe in a little before venturing out to watch something with us. At our screenings we also make sure financial barriers to curiosity are low with under 30s and low waged tickets. But above all things we make sure it’s all fun, funny and welcoming. We’re not a Film Studies course, we’re a community enjoying what we enjoy. For our Death Becomes Her screening we have the great pleasure to be doing our first ever show at Contact, Manchester - a theatre where 13-30 year olds decide the artistic programme and I am thrilled to think we’ll have a large portion of the audience watching this masterpiece for the first time alongside people who love it so much they know every word! We want to invite in those who know the film or don’t, those who have always been allured by the video cassette case, so to speak, and create a space where queer film audiences can find films, find friends and not worry about what the “other boys” think. Be like Mad and Hel - gloriously and monstrously shameless.

Now…d’you remember where we parked the car?

Muses No More: The Pioneering Women of Surrealist Cinema