To celebrate We Are Parable's There's Beauty in the Struggle programme, we asked Sula Douglas Folkes to write about films that celebrate black joy.

Black filmmakers have a huge task on their hands. They are assumed to be the gatekeepers of representational narratives that must be in opposition to the often lazy and racist depictions that lie in many films made by white directors. There’s a reason for this: Too often in cinema the Black experience is framed by narratives of trauma, suffering, violence and poverty. And whilst there are elements of truth for Black communities, they are neither issues faced exclusively by Black people, nor is it a necessary component of the Black experience. In truth, Blackness  is a totally disparate hybridised experience full of fluid identities that exist in  many different circumstances around the world. So how does a Black filmmaker explore this? And should they have to? The films of Charles Burnett and Ayo Akingbade step up to the challenge by using their cameras as mirrors, reflecting and refracting society and culture. For these two filmmakers, it is not about glossing over the realities, they examine the intersections between hope and sadness. Let’s take a look at how their own experience of Blackness has impacted the films which they make.

The cinema of Charles Burnett exemplifies the concept of humanistic cinema. Burnett emerged as part of the L.A. Rebellion, a group of filmmakers that studied at UCLA throughout the 1960’s to the 1980’s. Filmmakers associated with the movement include Julie Dash, Haile Germia, Jamaa Fanaka and Alile Sharon Larkin and they worked to dismantle the harmful representations of Black people propagated in Hollywood and blaxploitation films. What set Burnett apart from his contemporaries was the tenderness in which his gaze gives to black domestic lives, which still  remains unrivalled in Black cinema.

Killer of Sheep, Burnett’s debut feature, which was one of the first films to be inducted into the US National Film Registry, exemplifies the idea of finding solace in small, fleeting moments. The film follows Stan, a slaughterhouse worker who is too sensitive for the brutality of the job. Burnett’s gaze is sensitive as leads the audiences through Stan’s aimless life in the ghetto. Burnett does not shy away from the difficult circumstances that Stan finds himself in, rather he juxtaposes them with real moments of hope by finding beauty in the everyday and dreaming about a better future. His use of neorealism, documentary-like style and it’s sumptuous, languorous feels authentic. The film feels less concerned with preaching about life in the ghetto, but rather invites us into the nuanced private lives of its inhabitants. 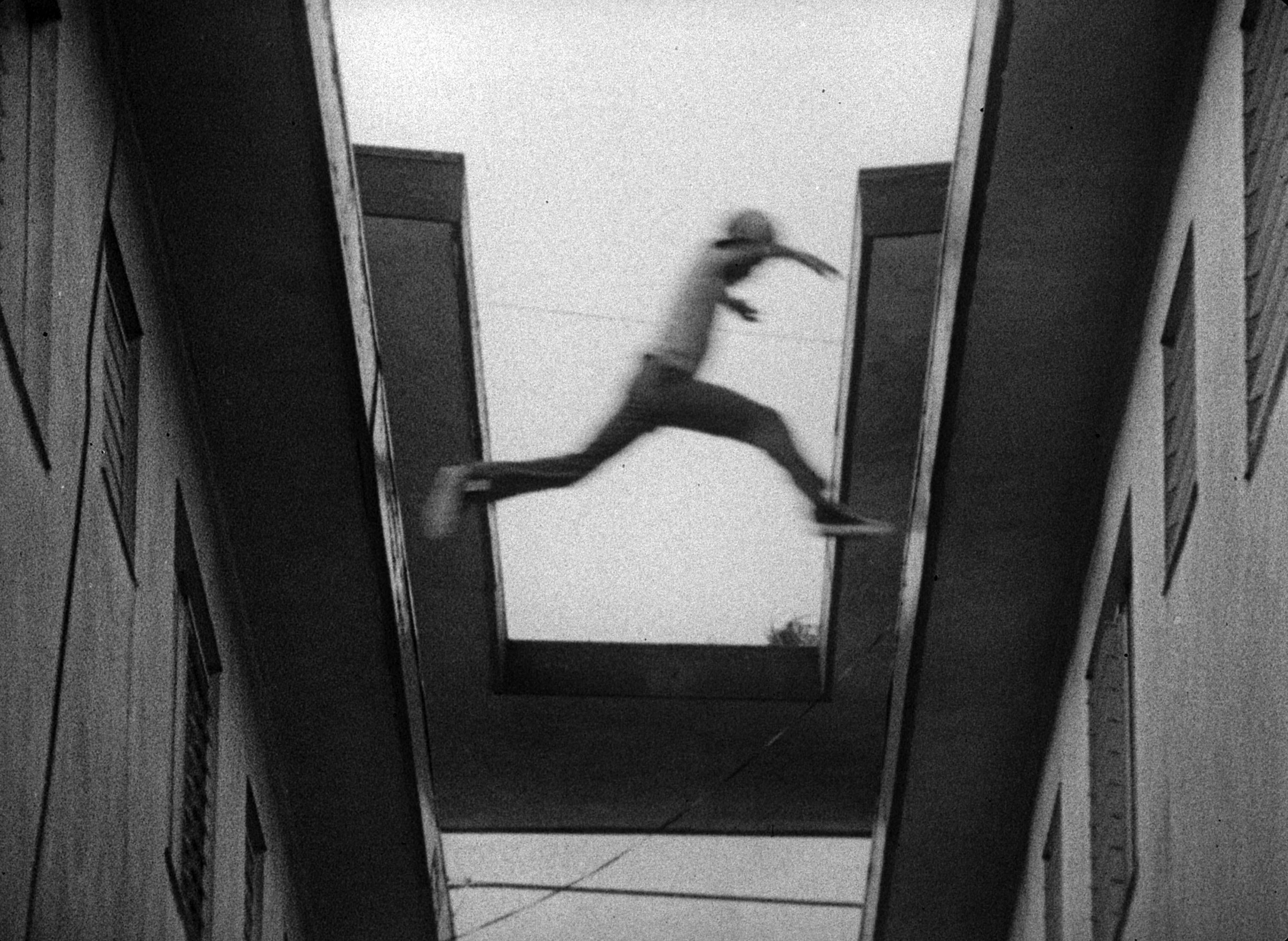 To Sleep with Anger, often referred to as Burnett’s other masterpiece, takes a different approach in it’s look at Black familial life. Also inducted into the National Film Registry in 2017, the family in question is the Watt’s family, a middle-class happy unit. Trouble brews when a mysterious acquaintance, Harry, darkens their doorstep. For the family, Harry is a malignant force in the action, acting as an overt metaphor for the issues of tradition vs modernity in the Black community. Despite the chaos that ensues throughout the film, Burnett keeps the story grounded in truth, characters are fully developed, and we understand why the family fights to stay together.

Burnett’s films often veered into difficult territories - Killer of Sheep avoided the violence of the ghetto by shifting focus on to a family, The Glass Shield a film about police brutality avoids the typical sensational violence of Hollywood and blaxploitation films to discuss institutional and systemic racism. Similarly, in The Horse, a film that centres around a horse that must be killed, the violence happens offscreen. Though critically acclaimed throughout his career, Burnett’s work remains largely underseen, suggesting that audiences were not ready for a human portrayal of the African American experience on screen. Luckily, it appears that the world has changed since Burnett’s early career. Artist and filmmaker Ayo Akinbade’s opus similarly emphasises the everyday lived experiences of Black lives, and her work has been widely received by many prestigious arts institutions. Belonging and community are two dominant themes that appear throughout her works. Similar to Burnett, her work often incorporates non-professional actors, are shot on real location, and have an earnest documentary-like feel to them. Akingbade also includes archive footage in her pieces which she uses to ask questions about our present and future. 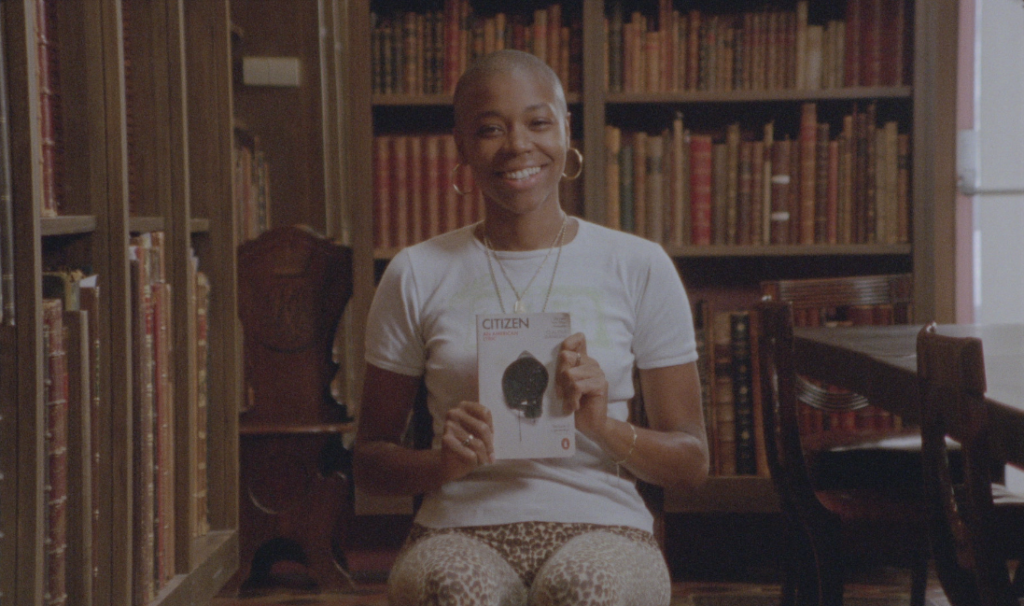 Claudette’s Star centres around a long belated solo exhibition of Claudette Johnson’s work. A key figure in the Black Arts Movement and co-founder of the BLK Arts Group which were both active in the 1980’s. Johnson, work centres around large scale paintings of Black women, and whilst she was lauded throughout her career, she failed to receive the attention that she deserved. It is notable that Burnett was also a casualty of belated praise, Killer of Sheep was released thirty years after its creation, and To Sleep with Anger failed to attain much attention when it was released despite being the first of his films to have a hollywood star, Danny Glover in the lead role. In the short, two female artists discuss whose voice is heard, and why. In the hands of another artist, this film could be seen as a tragedy of a life not fulfilled, but Akingbade’s film feels like an ode, and a celebration of a mammoth talent. It is a poignant examination of personal agency and opportunity, a common concern for the Black British citizen.

Like Burnett, elements of humanism are vital to the works of Akingbade, exemplified in her slice of life short Hella Trees, a mock portrait of a young artist Rafiki who is obsessed with trees. The artist muses on the inner lives of trees, and considers his life in relation to them. Trees, for Rafiki, are towers of sanctuary and they represent a place in which he is able to remove himself from the stressors of everyday life and appreciates the beauty that lies around him. The current political and cultural climate often make it easy to become overwhelmed with narratives of suffering. This year marks 40 years since the Brixton riots  and 10 years since the killing of Mark Duggan, it is also the year in which the farcical Race report reared its ugly head. It is now so important that we embrace Black joy and hope as powerful and subversive tools of resistance.

We Are Parable's There's Beauty in the Struggle programme showcases films that celebrate Black joy and is supported by Film Feels Hopeful.

Playlist: Lively Up Yourself! Celebrating Reggae on Film